SoFi’s CEO Anthony Noto Is Clearly Trying to Speak to the Market. What’s He Saying? | The

Recently, SoFi Technologies‘ (SOFI 0.22%) CEO Anthony Noto purchased $5 million of the company’s common shares. When the CEO of a company makes a big purchase like this, it’s a good signal to the market that he or she thinks the stock is undervalued and likes the company’s long-term prospects.

Like most consumer-facing fintech stocks, SoFi had a difficult 2022 and the stock is down more than 70% after a monstrous year in 2021.

In this particular case, however, I think Noto is really trying to speak to the market to assure it that numerous concerns that have recently come to light are overblown. Let’s evaluate the concerns around SoFi and also take a look at what Noto is trying to tell the market here.

Aside from some of the highest inflation seen in more than 40 years and rapidly rising interest rates, SoFi has had to deal with a litany of other issues.

The student loan moratorium was extended yet again and has now been in place for almost three years. Student loan refinancing was formerly SoFi’s strongest business. I do view this as a short-term headwind but it’s been amazing to see the moratorium last this long. 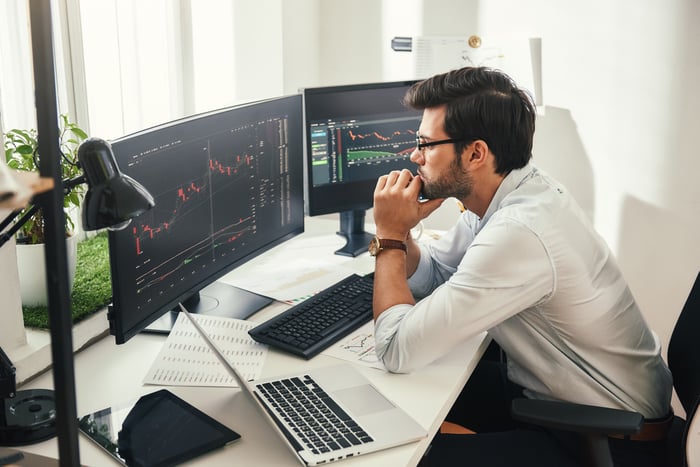 In November, lawmakers sent a letter to SoFi and various banking regulators, questioning SoFi’s crypto activities and whether they are in compliance with an agreement the bank made with the Federal Reserve when the company acquired a bank earlier this year.

Other issues emerged in recent months, and these are likely the main culprits behind the struggles of the stock. With student loan refinancing struggling, SoFi quickly ramped up personal lending and now has $6.8 billion of personal loans on its balance sheet. However, it elected not to hold these loans to maturity and classified them as held for sale. If it had elected to hold them to maturity, the company would have had to follow standard bank accounting practices and reserve for loan losses upfront.

But the decision to classify these as held for sale means SoFi needs to find institutional investors or banks to buy these loans at some point. But demand for personal loans is drying up across the industry this year. As the Fed rapidly raised interest rates, investors now have a much higher cost of capital to fund loans they purchase, which means they are going to demand higher returns as well. Furthermore, the market is incredibly worried about the financial health of the consumer right now and is worried that a more significant recession could really cause a lot of pain. Higher risk also leads investors to request higher returns.

The good news for SoFi is that it serves a high-quality borrower with a weighted average FICO score of 746 and a weighted average annual income of $160,000. Still, no personal loan portfolio is immune to loan losses and I suspect if SoFi did hold the loans to maturity reserve levels would be at least 5% of the portfolio, which would equate to hundreds of millions of dollars in reserves.

Regulatory capital is getting depleted quickly. A common capital ratio that bank investors and regulators watch is the common equity tier 1 (CET1) capital ratio, which is a bank’s core capital divided by its risk-weighted assets such as loans. In the third quarter, SoFi’s CET1 ratio fell from more than 30% to 24%. Now, I do want to make it clear that SoFi is still extremely well-capitalized and has over three times the amount of capital it is required to hold.

But investors might be worried that if demand for SoFi’s loans dries up, the company will have to eat losses on these loans, which will deplete capital quickly. Additionally, SoFi is going to continue to see its CET1 ratio decline if it keeps growing the balance sheet (growing the denominator of the CET1 ratio). Of course, banks can replenish capital with earnings but SoFi doesn’t have any because it is still losing money, which also cuts into capital.

Again, SoFi is still well capitalized at this level, but then it’s still losing money and any potential loan losses would significantly hurt capital as well. Also, if capital keeps declining like this, then there is the question of how the company maintains fast levels of growth that investors rely on without raising capital.

What is Noto trying to say with his purchase?

First, I think Noto is signaling that crypto concerns are overblown. Two, Noto is probably not concerned about the company’s ability to sell personal loans on the balance sheet considering the high-quality book.

Sitting here today, I don’t necessarily disagree with Noto. The Fed did a minor pivot on interest rates this month and should be done hiking rates by early next year. That will ease funding costs and during this time SoFi should be able to raise interest rates it charges on new loans, making returns more attractive and hopefully getting investors back in the game.

However, I really can’t say any of this with certainty and we still don’t know if there will be a recession next year or how severe such a recession might be. I mean, I don’t think I could have predicted much of what happened this year.

There is certainly the possibility of a severe recession and I do know most investors are incredibly concerned about the financial well-being of the consumer. Investing is all about assessing risk, and the concerns raised above are legitimate and could be very bad for SoFi if things go south next year. Until these concerns dissipate I wouldn’t expect positive sentiment for the stock.

Read More: SoFi’s CEO Anthony Noto Is Clearly Trying to Speak to the Market. What’s He Saying? | The

‘Heartless’ mass layoffs hit US workers ahead of holidays

The Future of Energy, Jobs, and the World: What We Learned at Davos 2023

Cooperation in a Fragmented World: Highlights from the World Economic Forum 2023

The Biggest Risks Facing the World: Findings from the Global Risks Report 2023

Building the Markets of Tomorrow: Insights from the World Economic Forum 2023

Social and Green Jobs: A Path to Inclusive and Sustainable Economies