Down 52%, Is Carnival Stock a Bear Market Buy? | The Motley Fool

Most investors would love to find a diamond in the rough — a beaten-down stock that could soar back to its previous highs. And with its share price down 52% year to date, Carnival Corporation (CCL -13.71%) (CUK -13.64%) is certainly cheap — but it’s no diamond. While the embattled cruise ship operator has successfully navigated the worst impacts of the pandemic, it isn’t the same company it was before the crisis.

The post-COVID-19 economy is complex. In general, many industries that performed well at the height of the crisis (such as e-commerce and stay-at-home exercise) are giving back their gains while industries that did poorly (such as airlines) enjoy booming sales.

Cruising seems to fall into the latter camp. But unlike the airline industry, it didn’t receive significant government bailouts or assistance. Instead, Carnival and its peers relied on raising capital from the debt and equity markets. This decision is coming back to haunt investors through overleveraged balance sheets and spiraling interest expense. 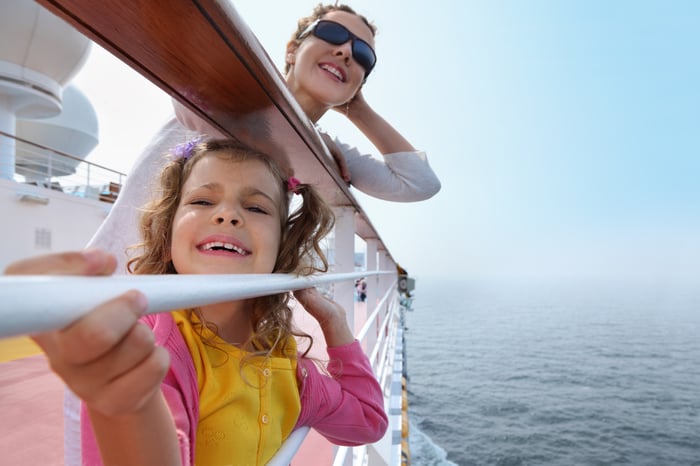 As of the third quarter, Carnival’s long-term debt stands at $28.5 billion (up from just $8.9 billion this time in 2019, before the crisis). And interest expenses increased from $418 million to $422 billion in the period. This challenge could worsen because of Federal Rate rate hikes, which will increase the rate on Carnival’s floating rate debt and potentially make it more expensive for the company to refinance its existing loans.

Carnival’s third-quarter revenue soared by 688% year over year to $4.31 billion, helped by easy comparisons against 2021 and a rapid increase in passenger ticket sales. The company has finally relaxed its remaining COVID-19 protocols for most ships — no longer requiring passengers to be fully vaccinated or tested for cruises of 15 nights or fewer. But while a return to “normal” seems to be on the horizon, revenue is still significantly down from the $6.5 billion generated in the third quarter of 2019.

With 95% of its capacity already serving guests, Carnival may have limited room for future growth unless it expands its fleet (which could be painful considering its already weak balance sheet). Profitability is another major red flag.

Management reports adjusted earnings before interest, taxes, depreciation, and amortization (EBITDA) of $303 million. But while the number looks great on the surface, it is woefully insufficient to deal with the company’s $422 billion in interest expense (along with debt payments and other capital outflows). Further, as a cruise company, Carnival’s balance sheet is full of expensive assets (its ships) that will have to be maintained and eventually replaced, so investors shouldn’t ignore depreciation/amortization either (this totaled $581 million in the period).

Is the stock cheap enough?

With a market cap of $13.4 billion and a price-to-sales (P/S) ratio of just 1.2, Carnival stock may look cheap compared to the S&P 500 average of 2.4. But when you buy a company, you also buy its debt. And this can have a big impact on the fundamental value of the shares.

Read More: Down 52%, Is Carnival Stock a Bear Market Buy? | The Motley Fool