Tánaiste Leo Varadkar has said that his initial advice from the IDA, which has been in touch with Amazon, is that no job losses are currently anticipated for Ireland.

“But of course, that could change,” Mr Varadkar said.

He was responding to US media reports that Amazon was planning to cut 10,000 jobs globally.

Amazon employs around 5,000 people in Ireland.

Mr Varadkar added that they had also had a good engagement with chip maker Intel in recent days.

“While we’ve no absolute guarantees from Intel, we’re not expecting significant job losses from that company,” he said.

Mr Varadkar said his department has not yet received formal notification from Twitter of planned layoffs, but that they have received redundancy notifications from Ulster Bank, as well as from tech companies Wayflier and Intercom, who have all recently announced job cuts.

“Obviously my thoughts are very much with the people working in those businesses who’ve been told they’re going to be made redundant and the Government will stand behind them in terms of providing any assistance we can,” Mr Varadkar said.

He said there are still a lot of vacancies in the economy and that there are more businesses struggling to recruit and retain staff than there are businesses laying off staff.

He added that Microsoft says it is still hiring and that Apple is still expanding in Cork.

The Tánaiste was today told that Russia has banned entry to him and more than 50 other top officials, in response to Western sanctions over Ukraine.

Mr Varadkar said that he was sanctioned because he is “a member of a Government and citizen of a county that is standing four square behind Ukraine”, adding that he is “not sure” if he has ever been sanctioned by a government before. 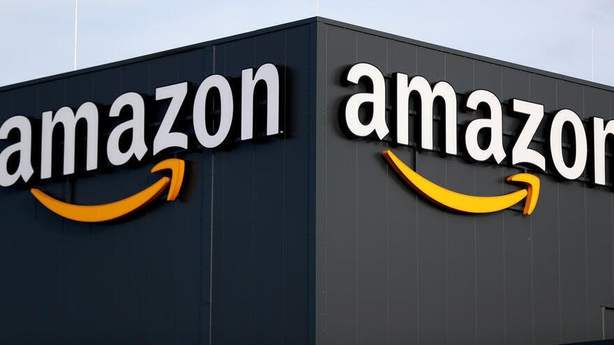 This evening, Amazon said it has laid off some employees in its devices group as a person familiar with the company said.

The announcement, Amazon’s first since media outlets including Reuters reported its layoff plans on Monday, heralded a dramatic shift for a company known for its job creation and added shape to the latest dismissals befalling the technology sector.

Amazon executive Dave Limp in a blog post said the company had decided to consolidate teams in its devices unit, which popularized speakers that consumers command through speech. It notified the employees it cut on Tuesday.

“We continue to face an unusual and uncertain macroeconomic environment,” he said.

“In light of this, we’ve been working over the last few months to further prioritize what matters most to our customers and the business.”

Plans, still in flux, to eliminate around 10,000 roles through reductions in more units would amount to about a 3% cut in Amazon’s roughly 300,000-person corporate workforce.

For years, the online retailer aimed to make Alexa, the voice assistant that powers its in-house gadgets, ubiquitous and present to place any shopping order, even though it was unclear how widely users have embraced it for more complex tasks than checking the news or weather.

A project inspired by a talking computer in science fiction show Star Trek, Alexa had garnered headcount that grew to 10,000 people by 2019.

At the time, Amazon touted sales of more than 100 million Alexa devices, a figure it has not since refreshed publicly.

While Amazon has toiled to encode intelligent answers to any question Alexa might expect from users, Alphabet’s Google and Microsoft-backed OpenAI have had breakthroughs in chatbots that could respond like a human without any hand holding.

Following the layoff news, shares pared losses and were down about 1% midday.