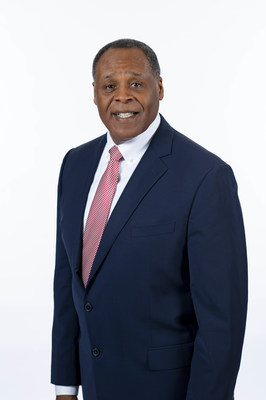 “The focus on deterrence internationally is greater than even before, and Lockheed Martin brings unrivaled capability to replenish and upgrade the defense of nations around the world from emerging threats. As we develop the 21st Century Security technologies and capabilities to ensure our customers remain ahead of ready, I can’t think of a better leader than Michael Williamson to grow our business worldwide and support our international priorities,” said Lockheed Martin Chief Operating Officer Frank St. John. “Michael is an accomplished leader and is an example of the deep bench of talent at our corporation.”

Williamson is currently vice president and general manager for Lockheed Martin Missiles and Fire Control (MFC), where he leads operational excellence, a diverse portfolio of products and business enabling initiatives. He also provides strategic oversight of technical, cost and schedule performance execution for the MFC lines of business and enterprise performance.

“I’m so honored and pleased to be part of a great company and team during a unique time in history,” said Williamson. “Our 21st Century Security offerings and portfolio will help our global customers deter future conflict and keep their citizens safe.”

Williamson joined the company in 2017 following a distinguished career as a lieutenant general with the U.S. Army. He served as the principal military deputy to the assistant secretary of the Army for Acquisition, Logistics and Technology and director of Acquisition Career Management. He also served as a congressional fellow on Capitol Hill.

Williamson holds a bachelor’s degree in business administration from Husson University, a master’s in systems management from the Naval Postgraduate School, and a Ph.D. in business administration from Madison University. He is also a graduate of the Advanced Management Program at the Harvard Business School. Williamson also serves as the chairman for the Army’s Science Board.

He will replace Tim Cahill who was appointed as the new executive vice president of the company’s MFC business area.

About Lockheed Martin
Headquartered in Bethesda, Maryland, Lockheed Martin Corporation is a global security and aerospace company that employs approximately 114,000 people worldwide and is principally engaged in the research, design, development, manufacture, integration and sustainment of advanced technology systems, products and services.