The directors agreed with the Planning Commission’s suggestion to amend parking requirements in the city’s ordinance.

Rice said the commission’s intention is to deter overbuilding parking lots and reduce the negatives associated with them, including drainage and flooding issues, the increased cost of development and wasted real estate rarely used. She noted changing requirements could allow residents to use buildings that don’t meet current parking requirements. She also said excess parking spaces don’t add to tax revenue, discourage alternative modes of transportation and create an uninviting environment that could instead be used as green space or for other businesses.

Rice said the proposed parking minimums and maximums follow the recommendation of the American Planning Association.

“I just wanted to commend Miss Rice and staff for their hard work on this,” said Bobby Aldridge, owner and principal engineer of Frontier Engineering. “This is something that the city’s been needing for a very long time. It is way overdue, and it will greatly impact and enhance our city and our facilities that we have within the city.”

At-large Director Neal Martin used Central Mall as an example of excess parking. He said while it was built at a different time, it could benefit from having the parking requirements changed.

“I wish we would’ve had it 20 years ago, 30 years ago, but now we’re here,” Martin said. “We’re still seeing all this growth in Chaffee and elsewhere, so this is going to be good for us.”

A memo from Andrew Richards, director of finance, to Geffken explained the waivers started in 2016 to promote buying local around the holidays. The city loses about $5,000 each year because of the waiver, which the parking fund balance can absorb, he said.

“It’s all encouraging a good, strong, local economy and encourages people to get out and enjoy the city,” Richards said.

Ward 4 Director George Catsavis asked if the city makes any money off the parking meters the rest of the year.

Richards said the revenue outweighs the cost, but isn’t a big money-maker for the city.

“To encourage participation and shopping downtown between Nov. 25 and Jan. 6 are in my estimation justifications that are valid throughout the entire year,” Ward 1 Director Jarred Rego said. “We have sections where we’ve removed parking meters downtown. As I always say, I’d sure like to consider whether we’d like to not have parking meters downtown.”

The directors voted to further discuss the issue at a later meeting. 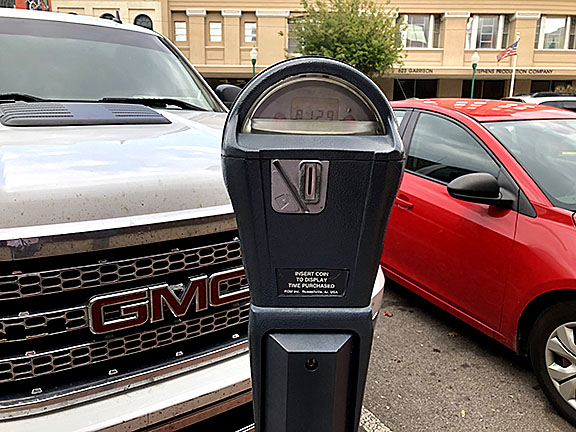 Ethnic Serbs rally in Kosovo after leaving jobs in protest

‘The sky might not be falling’: Local media buyers bullish despite inflation, interest