KEIZAI DOYUKAI, or the Japan Association of Corporate Executives today signed a statement of intent with the African Development Bank Group to foster closer collaboration and to strengthen business ties between Japan and Africa.

The signing took place on the sidelines of the Africa Investment Forum Market Days 2022, taking place in Abidjan, Côte d’Ivoire.

The DOYUKAI, a private, nonprofit, nonpartisan organization of Japanese business leaders, is envisaging the creation of an “Impact Fund” to build an impact investment ecosystem in Africa. The fund, which will be managed by an independent operating company launched by early next year, will leverage DOYUKAI’s network with Japanese corporations and institutions in the private and public sectors. Focus areas of the proposed Fund are fintech (including embedded finance), healthcare, food security and sustainability.

The signing was preceded by a panel session titled: “Controlled Chaos: Protecting Africa’s Interests in a Global Geopolitical Storm.”

During the session, Mr. Shibusawa, expressed his views on the potential contribution Japanese companies could bring to the African continent. He referred to the philosophy of one of his well-known ancestors, Eiichi Shibusawa, whose influence on the evolution of modern Japanese capitalism is still profound today.

Mr. Shibusawa described his trip to the Africa Investment Forum as well worth the long journey and a good match in terms of interests. “Our mission is to provide impact investment in Africa…we are building on this cooperation,” he said.

Quaynor said it was about building a long-term relationship. “For us at the African Development Bank we are trying to create partnerships. One aspect will be the co-creation of an impact fund. But there is more to come.”

The Africa Investment Forum Market Days annual convening showcases transformative investment opportunities across the African continent. It brings together deal sponsors, deal brokers and deal makers from around the world. This is the first in person gathering since 2019. 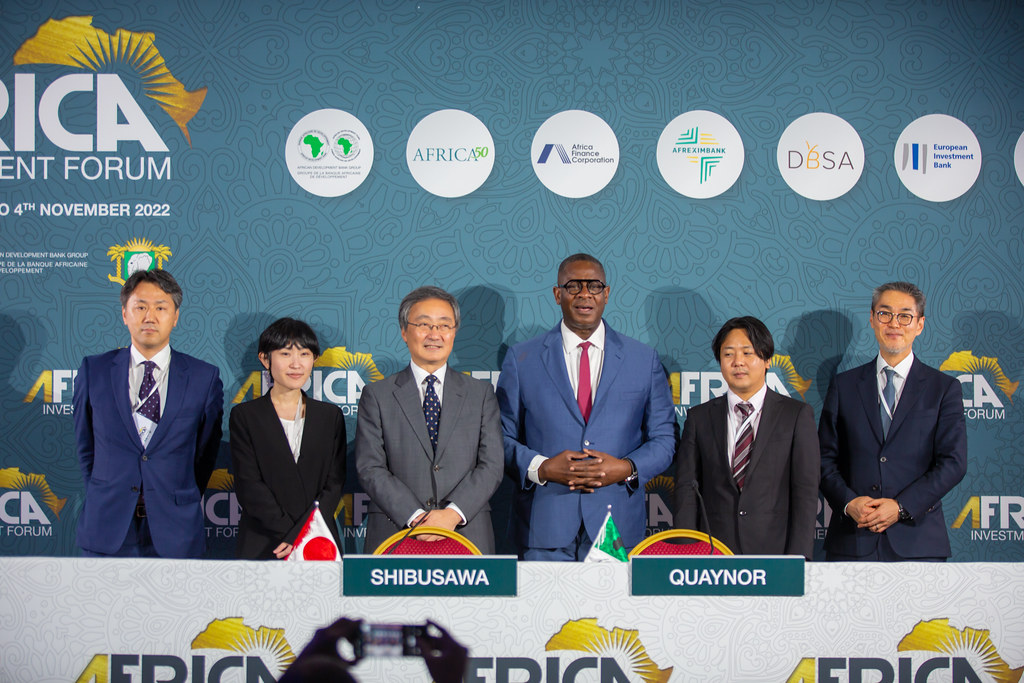